Here’s Why Ariana Grande Only Received One 2021 Grammy Nomination 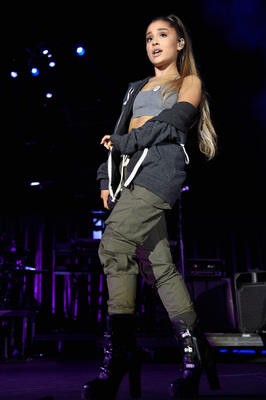 Ariana Grande has positioned herself into the 2021 Grammy nominations! On Tuesday, Nov.

24, it was announced that the "34+35" singer was nominated for Best Pop Duo/Group Performance for her feature on Lady Gaga's "Rain on Me." This year, the categories are recognizing musical contributions that were released between Sept.

With this cut-off, the Grammy winner's latest album positions, which was released on Oct.

30, will have to wait another year.  In 2019, the 27-year-old star won her first Grammy for Best Pop Vocal Album for her fourth studio album, Sweetener.

However, it was a bittersweet win for the artist because there was a bit of drama going on behind...