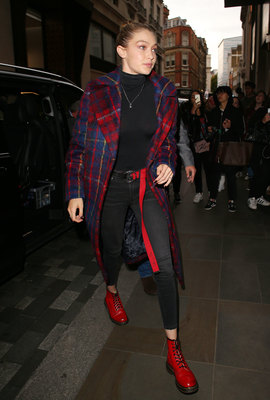 8, the model, 25, took to her Instagram Story to give fans a glimpse of her baby girl.

In the photo, the new mom is holding her babe—whose name has yet to be revealed—as she climbed over Gigi's shoulder.

She captioned the yellow-hued pic, "she burps sunshine" followed by a winking emoji and smiling emoji.

This is Gigi's first child with boyfriend Zayn Malik, 27.

The couple first announced they were expecting back in April on The Tonight Show Starring Jimmy Fallon.

In the following months and after the baby's birth on Wednesday, Sept.

23, the new parents have been extremely private about revealing...