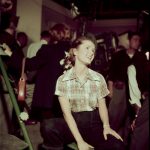 Debbie Reynolds loved Christmas — so much so that she kept a tree up year-round — but her final holiday was marred by tragedy.The late acting legend, who died on Dec.

28, 2016 just one day after her daughter Carrie Fisher, had prepared a Christmas celebration for her family that would never be enjoyed, her friend and writer Sue Cameron tells People.“When Carrie was flying in on the plane [from London], Debbie had already made sure the table was set.

The menu, everything,” Cameron says.Despite the preparations, the family — which included Fisher’s daughter Billie Lourd — wouldn’t enjoy the prepared feast.“But there was no Christmas dinner,