David Wise is already a legend of American freestyle skiing. He regularly rises to the podiums of the most prestigious competitions since 2012. He is already 2-time Olympic champion, world champion and 4-time winner of Winter X Games. But let’s find out more about the athlete. 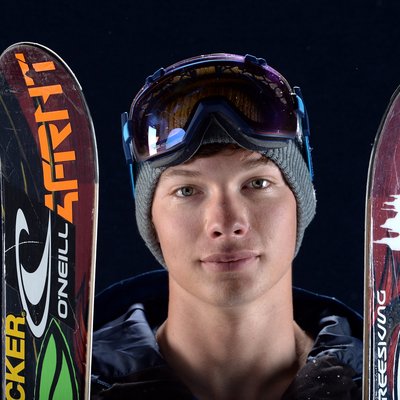 David Wise was born on June 30, 1990, in Reno, Nevada, United States. He started to ski at the age of 3. First, he followed in his father’s footsteps and was a ski racer. But at 11, he became a freestyle skier. At the start of his career, the athlete also competed in moguls, aerials, big air and slopestyle, but later decided to concentrate on halfpipe and superpipe. At 15, David already won the American national title.

In 2007, Wise participated in the Junior World Ski Championships and finished 6th in halfpipe. At 2011 Australian New Zealand Cup, he won a bronze medal in halfpipe and finished 5th in big air. Also, he was a silver medalist of 2015 North American Cup. 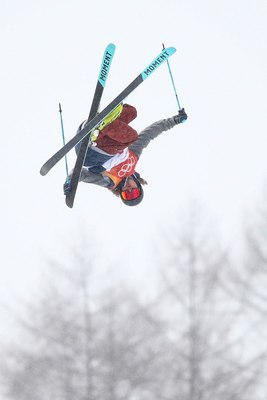 The freestyle skier participated in his first World Cup event in 2009 Park City Mountain Resort and finished 12th. The same season, he rose to his first podium, winning a silver medal in La Plagne. However, the first gold was earned by the athlete in 2012 Mammoth.

In total, David gained 6 gold, 4 silver and 3 bronze medals at the World Cup events. In 2011, he was a bronze medalist in halfpipe and 2012, he earned the discipline title. In 2013, he gained another bronze medal in halfpipe before returning to the title of the halfpipe World Cup winner in 2015.

At 2014 Winter Olympics, the halfpipe event was introduced to the freestyle program. After claiming gold in the discipline with the best result of 92.00 points, David Wise became the first Olympic champion in halfpipe.

At 2018 PyeongChang Olympics, David got 97.20 points as his best score and defended the title, gained in 2014. Now, he is the first male freestyle skier, who won 2 gold medals in halfpipe at Winter Olympic Games.

So, in the latest years, David Wise has been at the peak of his career and still continues to show excellent results. At the moment, he is definitely one of the best Americans in freestyle skiing and we think that his tradition to win gold medals will continue in the following seasons.

‘Grey’s Anatomy’: Here’s How Justin Chambers’ Exit Was Addressed
Please Enjoy 5 Minutes of Noah Centineo Getting Soaked With Water
Jennifer Aniston Surprising Friends Fans at Central Perk Will Give You All the Feels
Celebrate Ed Helm’s Birthday with His Best Andy Bernard Moments from The Office
After So Many Jokes, The Good Place Delivered One Final–and Excellent–Friends Surprise
Jennifer Aniston Wants You To Know She’s Not Going To Weigh In On Any Rumors About Herself
How Taylor Swift’s Sexual Assault Case Encouraged Her to Speak Out About Politics
Wendy Williams Is Ready to Get Wifed Up Again After Finalizing Divorce
Elton John, Cynthia Erivo, Idina Menzel and Chrissy Metz to Perform Nominated Songs at 2020 Oscars
Tina Fey’s Mean Girls Musical To Be Adapted Into New Movie in Totally Fetch Move
A Recap of the Craziest Things to Ever Happen at the Grammys
Nifty Sanitization Stuff to Make Everything in Your Life Less Gross
How the 2020 Grammys Awards Became the Year of the Newcomer
Kim Kardashian’s Fashion Week Appearances Prove Her Style Is Worth Keeping Up With
Grey’s Anatomy and Station 19 Return With All Sorts of Relationship Drama
See Taylor Swift and More Stars Take Over Park City for the 2020 Sundance Film Festival
Mama June Makes Rare Plea to Estranged Kids and Says She Wants to ”Disappear”
Vanessa Hudgens’ Fling With Kyle Kuzma Is a ”Great Distraction” From Austin Butler Breakup
Taylor Swift Debuts New Look at Sundance Film Festival Premiere of Miss Americana
Justin Bieber Questions Why He’s Still Alive During Tearful Speech
Kristin Cavallari Finds “Closure” After Giving Bff Kelly One Last Shot to Mend Their Friendship
Khloe’s Kardashian’s All-Denim Outfit Will Give You Britney Spears Flashbacks
Sarah Jessica Parker Answers Your Most Pressing Sex and the City Question: Team Big or Team Aidan
Bachelorette’s Tyler Gwozdz Dead at 29 After Apparent Overdose
Super Bowl 2020 Commercials Preview: Watch Ads Starring Teresa Giudice, Lil Nas X and More
We Have to Talk About Julianne Hough’s Scream During Her Energy Treatment
Mike “The Miz” Mizanin Teases Absolute “Insanity” on Season 2 of Miz & Mrs.
Aly Raisman Talks “Bittersweet” Retirement & Possible Involvement at the 2020 Summer Olympics
Tyler Gwozdz and Other Deaths That Rocked Bachelor Nation
Everything’s Gonna Be Okay and All Those Bugs Explained
The Mean Girls Broadway Musical Is Becoming a Movie Thanks to Tina Fey
Aaron Hernandez’s Fiancée Shares Poem About Strength Following Netflix Docuseries
Betty Gilpin to Play Ann Coulter in Impeachment: American Crime Story: See the Full Cast So Far
2020 Oscars Performers Revealed: Elton John, Cynthia Erivo and More Nominees
Tyler Gwozdz Dead at 29 After Suspected Overdose: Bachelor Nation Reacts
How Station 19 and Grey’s Anatomy’s Season of Crossovers Will Work
Jessica Simpson Reveals What Went Wrong in Marriage to Nick Lachey
Former ‘Bachelorette’ Contestant Tyler Gwozdz Dies at 29
Watch This Genius 2-Year-Old Impress Ellen DeGeneres With His Incredible Intelligence
Why Kim Kardashian Is Being Sued Over This Photo With Kanye West