Courtney Stodden Engaged to Chris Sheng: Get Details About the Emotional Proposal 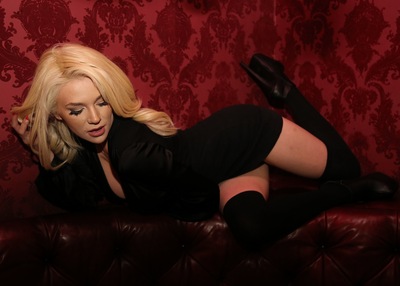 Courtney Stodden is engaged to partner Chris Sheng, a year after the reality star ended their controversial marriage to actor Doug Hutchinson, who they wed at age 16.  Courtney, now 26 and who came out as non-binary last month, announced the news on Instagram on Sunday, May 30, almost a year to the date of their past wedding.

In a video, Courtney flashes a giant halo-style cushion-cut diamond ring. The star captioned the pic, "I said yes ...Oh and the ring made me gag it's so beautiful #engaged #stopasianhate #diamondsareagirlsbestfriend." "Chris got down on one knee while I was crying my eyes out!" Courtney told E! News exclusively.

"We returned home from a night out in...