Career Highlights of Garbine Muguruza, the Winner of 2017 Wimbledon

Garbine Muguruza is a Spanish-Venezuelan tennis player, former #1 in the world and one of top 10 female players in the world today. Among her greatest achievements are wins at two majors, 2016 French Open and 2017 Wimbledon. 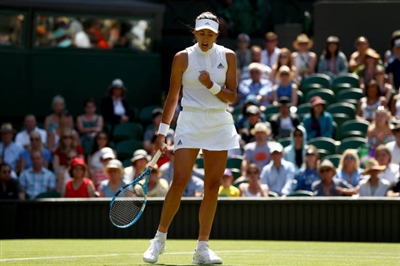 Garbine Muguruza was born on October 8, 1993, in Caracas, Venezuela. She started to play tennis at the age of 3. At 6, she and her family moved to Spain and Garbine started to train at the Bruguera Tennis Academy near Barcelona.

Muguruza started to take part in professional tournaments in 2012. She made her first WTA main draw appearance at 2012 Miami Open, gaining victories over former world #2 Vera Zvonareva and former world #10 Flavia Pennetta. At 2012 US Open, she qualified into the Grand Slam main draw, but lost in a game with Sara Errani.

Garbine got to the main draw at 2013 Australian Open, but was defeated by Serena Williams in the second round. At 2013 BNP Paribas Open and Miami Open, she got to the round of 16, where she lost to Angelique Kerber and Li Na. 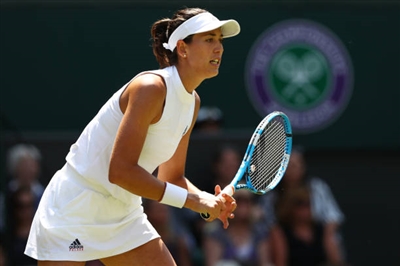 In 2014, Garbine Muguruza won her first WTA singles title at the Hobart International by beating Klara Zakopalova in the final. She reached the final at the Brasil Tennis Cup, but this time lost to Klara Zakopalova. Also, she got to semifinals at Marrakech Grand Prix, Sofia Tournament of Champions as well as quarterfinals at French Open, Auckland Open, Rosmalen Grass Court Championships, Stanford Classic and Connecticut Open.

In 2015, Muguruza won her first Premier Mandatory title. She reached her first WTA Premier-5 semifinal at the Dubai Tennis Championship. Later that year, she was a finalist of Wimbledon, but was defeated by Serena Williams. Moreover, the Spanish player got to the semifinal at the WTA Finals, quarterfinals at French Open, Sydney International and Pan Pacific Open.

Garbine’s major achievement of 2016 is the victory at the French Open after beating Serena Williams in the final, which led her to #2 in the WTA rankings. She also reached the semifinal at Italian Open and quarterfinals at Qatar Open, Stuttgart Open.

In 2017, Garbine Muguruza won the Wimbledon title after beating Venus Williams in the final. She became the first ever player to defeat both Williams sisters in major singles finals. She won her second title of the year at the Western and Southern Open in Cincinnati. Muguruza became the 2017 WTA Player of the Year.

In 2018, Garbine won the Monterrey Open title. She was a finalist of Qatar Open, but lost to Petra Kvitova. In addition, the athlete reached the semifinals at Dubai Tennis Championships and French Open.