Alexander Zverev is a German tennis player, currently ranked as #3 in the world. He is the youngest player in the ATP top 20. In 2015, he got ATP Star of Tomorrow award. 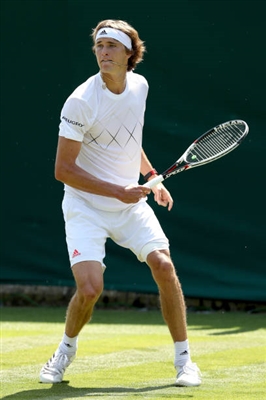 Alexander Zverev was born on April 20, 1997, in Hamburg, Germany, in the family of tennis players. His older brother, Mischa, is also a tennis player and is a role model for Alexander.

As a junior, the athlete got to the final of 2013 French Open juniors, semifinal of 2013 Junior US Open and the third round of 2013 Junior Wimbledon Championships as well as was called the ITF Junior World Champion. In 2014, he won the Junior Australian Open.

In 2014, Zverev started his professional career. That year, he won his first ATP Challenger Tour title at the Sparkassen Open as well as the first ATP tour-level match at the International German Open.

In 2015, the athlete won an ATP Challenger Tour title in Heilbronn, rising in the world ranking to #85. He also reached semifinals at the Open du Pays d’Aix ATP Challenger tournament and Swedish Open, quarterfinal at the Citi Open, the round of 16 at the Aegon Open Nottingham. At 2015 Wimbledon, Zverev recorded his first Grand Slam victory after defeating Teymuraz Gabashvili. 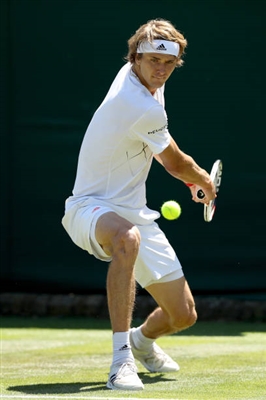 In 2016, Alexander Zverev reached his first ATP final at Nice Open as well as his first 500 final at Halle Open. Later that year, he won his first ATP title at the St. Petersburg Open. Moreover, he was at semifinals at the Open Sud de France, Bavarian Tennis Championships and Washington Open, quarterfinal at the Rotterdam Open.

The following year, Zverev reached the first top 3 ranking in his career after winning his first Masters titles: at the Italian Open and Canadian Open. He gained three more titles at the Open Sud de France, BMW Open and Washington Open. Moreover, the German reached the final at the Halle Open, semifinals at the Ricoh Open and China Open, quarterfinals at the Miami Open, Madrid Open and Shenzhen Open.

In 2018, Alexander Zverev won Bavarian Tennis Championships and Mutua Madrid Open as well as reached his first Grand Slam quarterfinal at the French Open. Also, the athlete got to the finals at the Miami Masters and Italian Open, semifinals at the Abierto Mexicano Telcel and Monte Carlo Masters.