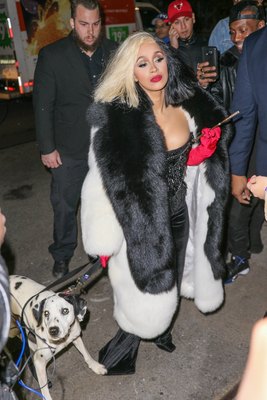 Cardi B is apologizing to the Hindu community after she was "dragged" for cultural appropriation.

She was photographed for the November cover of Footwear News in a red Georges Hobeika outfit, while holding a red sneaker from her Reebok collaboration.

Eight more arms appeared behind her, an image based on the Hindu goddess Durga, which prompted fans to call her out for appropriating the religion.

Cardi B posted on her Instagram Story on Tuesday night to clarify her intentions.

She said, "When I did the Reebok shoot, the creatives were telling me, 'You gonna represent a goddess, that she represents strength, femininity and liberation.' And that's something that I love and...