Herbert Tsangtse "Burt" Kwouk, OBE (pronounced KWOK; Chinese: 郭弼; 18 July 1930 – 24 May 2016) was a British actor, known for his role as Cato in the Pink Panther films. He made appearances in many television programmes, including a portrayal of Imperial Japanese Army Major Yamauchi in the British drama series Tenko and as Entwistle in Last of the Summer Wine. 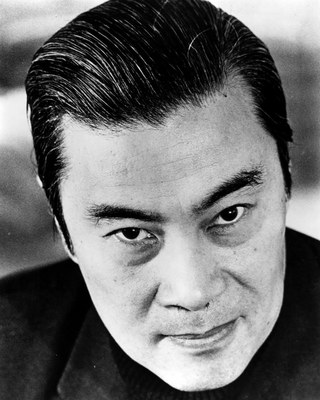 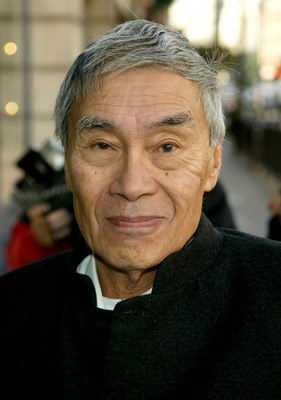 Kwouk was born in Warrington, but was brought up in Shanghai. Between the ages of 12 and 16 he attended the Jesuit Mission School there, which he described as "the Far East equivalent of Eton". He left China in 1947 when his Chinese parents returned to Britain and was then sent to the United States to complete his education. In 1953 he graduated from Bowdoin College in Brunswick, Maine. The Kwouk family fortune had been lost in the 1949 revolution and in 1954 he came back to Britain, where a girlfriend "nagged into acting".

Kwouk made his film debut in the 1957 film Windom's Way. One of his earliest film roles was in The Inn of the Sixth Happiness (1958) where he played the leader of a prison revolt who later aids the main character in heroically leading orphans to safety. He subsequently appeared in numerous films and television programmes. He was best known for playing Cato (originally spelled "Kato") Fong, Inspector Clouseau's manservant, in the Pink Panther film series. The character was first introduced in A Shot in the Dark (1964), the second film in the series, and was a role that Kwouk would reprise on another six occasions until the 2006 series reboot. The running gag was that Cato was ordered to attack Clouseau when he least expected it to keep him alert, usually resulting in Clouseau's flat being wrecked. Amid the chaos, the phone would ring and Cato would calmly answer it with "Inspector/Chief Inspector Clouseau's residence," before dutifully handing the phone to his employer and being thumped by Clouseau.

He was a stalwart of several 1960s ITC television series, such as Danger Man, The Saint and Man of the World, when an oriental character was required. Kwouk featured as one of the leads in the short-lived series The Sentimental Agent (1963) and had minor roles in three James Bond films. In Goldfinger (1964) he played Mr. Ling, a Chinese expert in nuclear fission; in the non-Eon spoof Casino Royale (1967) he played a general and in You Only Live Twice (1967) Kwouk played the part of a Japanese operative of Blofeld credited as Spectre 3. In 1968, he appeared with Laurence Olivier and Anthony Quinn in The Shoes of the Fisherman.

A reference to Kwouk's appearances in several films with Peter Sellers is found in the opening scene of The Fiendish Plot of Dr. Fu Manchu (1980) where Sellers says to him "your face is familiar." His next major role was as the honourable but misguided Major Yamauchi in the World War II television drama Tenko (1981–84). Kwouk featured in many British television productions that called for a man of oriental appearance. As a result, he became a familiar face in the United Kingdom and appeared as himself in the Harry Hill Show as well as several of Hill's live tours.

In 2000, he appeared in an episode of the syndicated western TV series Queen of Swords as Master Kiyomasa, an aged Japanese warrior-priest. Sung-Hi Lee played his female pupil, Kami. He provided voice-overs on the spoof Japanese betting show Banzai (2001–04) and subsequently appeared in adverts for the betting company, Bet365. From 2002 to the series's end in 2010, he had a regular role as one of the three main characters in the long-running series Last of the Summer Wine, as 'Electrical' Entwistle. His later work also included voice acting for audio theatre, video games, and television commercials.

Kwouk married Caroline Tebbs in Wandsworth, London, in the summer of 1961. Their son Christopher was born in 1974. In the 2011 New Year Honours List, Burt Kwouk was appointed an Officer of the Order of the British Empire (OBE) for services to drama. In later years he lived in Hampstead, London. He died on 24 May 2016, aged 85, at the Marie Curie Hospice in Hampstead, of cancer. He was survived by his wife, his son Christopher, and four grandchildren.