Karolina Pliskova is a Czech tennis player, currently ranked as #8 in the world. She was #1 in the WTA rankings in 2017. Pliskova is the winner of 10 singles and 5 doubles titles on the WTA Tour. 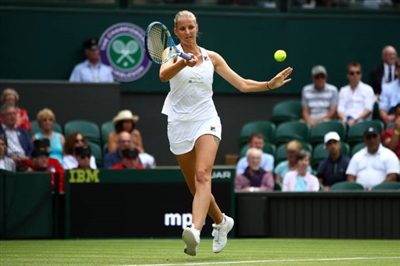 Karolina Pliskova was born on March 21, 1992, in Louny, the Czech Republic. She is a twin sister of another tennis player, Kristyna Pliskova.

In 2010, Karolina gained her most important junior title at the Australian Open. In 2012, she debuted at the Grand Slam, participating in the French Open.

The tennis player gained her first WTA singles title at 2013 Malaysian Open. The same year, she won the first WTA title in doubles at Generali Ladies Linz, partnering with her sister Kristyna. Thus, the Pliskova sisters became the first set of twins in history to win a doubles title together on the tour. 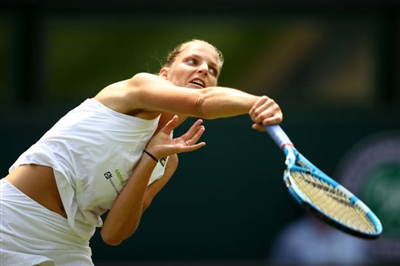 2014 was a breakthrough year for the Czech as she rose from the world #67 to 24. She won the Korea Open and the Generali Ladies Linz titles. Also, she reached finals at the Pattaya Open, Nurnberger Versicherungscup and Hong Kong Open, semifinal at the Malaysian Open, quarterfinal at the Monterrey Open.

In 2015, Karolina Pliskova reached her first WTA Premier-level final at the Apia International Sydney, but lost to Petra Kvitova. She won the Prague Open, being a finalist of the Dubai Tennis Championships, Aegon Classic, Stanford Classic and WTA Elite Trophy. Moreover, she got to semifinals at the Diamond Games Antwerp and Tianjin Open, quarterfinals at the Miami Open, Connecticut Open, Toray Pan Pacific Open and Wuhan Open.

In 2017, the athlete reached the world #1 ranking for the first time in her career, being the first woman representing the Czech Republic to do that and only the 6th player to reach the #1 position without having won a Grand Slam tournament.

In 2018, Karolina Pliskova got to the semifinal at the Brisbane International and quarterfinals at the Australian Open, Dubai Tennis Championships, BNP Paribas Open and Miami Open.