The competition between the strongest male figure skaters will start soon at the 2018 Winter Olympics and all of us are eager to find out who will be the best this time. The medalists of the previous games will compete with the debutants. These games will be extremely interesting.

In order not to get bored, waiting for the start of the Olympic Games, have a look at Top 10 figure skating men posters PyeongChang 2018. 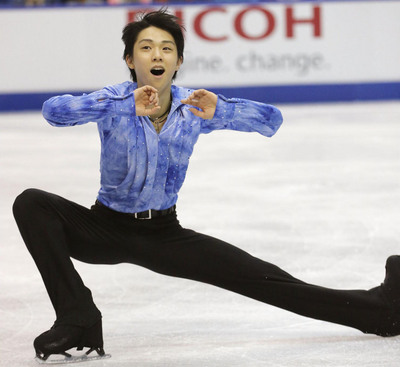 Yuzuru Hanyu is a Japanese figure skater. He is the winner of the 2014 Olympic Games, becoming the first male skater in history, who scored above 100 points. Also, he became the youngest male skater, who won the Olympics since Dick Button in 1948. In 2018, he defended his title by winning another gold medal. The athlete has set some other records as well, for instance, in 2016, he was the first skater in history to successfully land a quadruple loop. 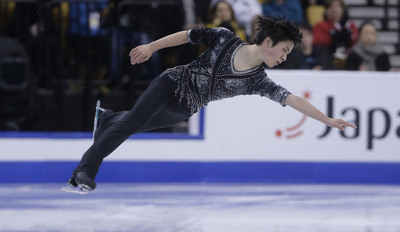 Shoma Uno is a figure skater from Japan. He is the first skater, who successfully landed a quadruple flip in an international competition. Uno won the national Japanese championship in 2016 and 2017. He is the silver medalist of the 2012 Youth Olympics and 2018 Winter Olympics in PyeongChang.

Among the athlete’s best international results are a silver medal at the 2017 World Championship, a bronze medal at the 2017 Four Continents, one silver and two bronze medals at the Grand Prix Final. Also, he is the winner of Asian Games, Skate America, Skate Canada, Bompard, Lombardia, Gardena, Printemps and Asian Trophies. 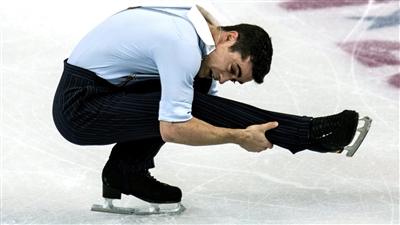 Javier Fernandez Lopez is a Spanish figure skater. He is the seven-time Spanish national champion, a two-time World champion, a five time European champion and a three-time Grand Prix medalist. Javier is the first Spanish skater, who gained a medal at an ISU Championship or a Grand prix event.

The athlete represented his country at the Winter Olympics in 2010, 2014 and 2018. In 2018, he gained a bronze medal. Moreover, he is the winner of Trophee de France, Cup of China, Rostelecom, Skate Canada, Autumn Classic and Merano Cup. At the moment, he is the third male figure skater in the ISU rating. 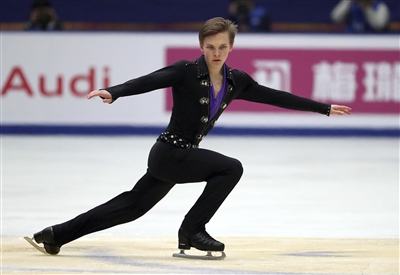 Mikhail Kolyada is a Russian figure skater. In 2017, he won bronze medals at the 2017 European Championship and the 2017 Grand Prix Final. He is two-time Russian national champion.

Among the trophies, won by Kolyada, are Cup of China, Nepela, Dragon, Gardena Trophies as well as the Seibt Memorial. He also won bronze medals at Rostelecom Cup and Ice Challenge, and gained a silver medal at the Volvo Open Cup. 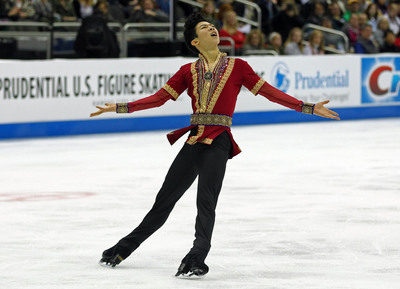 Nathan Chen is an American figure skater. He is the first and, at the moment, the only skater, who competes in 5 different types of quadruple jumps, which include toe loop, Salchow, loop, flip and Lutz. Nathan is the US national champion of 2017 and is the youngest winner of this competition since 1966.

Moreover, Chen won the 2017-2018 Grand Prix Final, 2017 Four Continents and was a silver medalist at the 2016-2017 Grand Prix Final. His other great achievements are the victories at Skate America, Rostelecom Cup, Finlandia and US Classic. 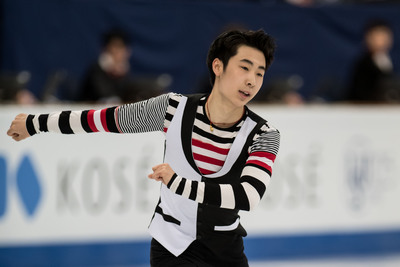 Boyang Jin is a figure skater from China. He is four-time Chinese national champion. Jin is the first skater in history, who landed quad lutz-triple toe loop combination at the international level, and the first skater to land four quad jumps in a free skate and six squads in a competition. 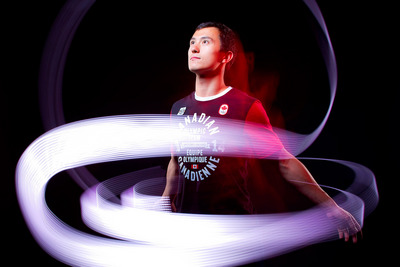 Patrick Chan is a figure skater from Canada. He has won the Canadian national championship for 9 times in 2008-2014 and 2016-2017. In 2011, he received a prestigious Canadian award, Lou Marsh award, as a Canada’s top athlete. 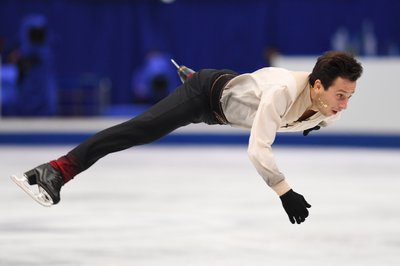 Alexei Bychenko is a figure skater from Israel. In 2016, he gained a silver medal at the European Championship, becoming the first Israeli skater to win a medal at this competition. In 2014, Alexei took part in the Winter Olympics in Sochi and finished 21st.

Bychenko won the national Israeli championship in 2016 and got silver medals in 2015 and 2017. His most prominent international achievements are victories at Golden Spin, MNNT Cup and Tallinn Trophy.

Jason Brown is an American figure skater. In 2015, he became the US national champion. He won silver and bronze medals at 2012 and 2013 World Junior and became a Junior Grand Prix Final champion in 2011. In 2014, he took part in the Olympic Games and finished in the 9th place.

Jason is the winner of Nebelhorn, Nepela and US Classic Trophies and is a silver medalist of Lombardia, Ice Challenge, Skate Canada and Skate America.

Adam Rippon is an American figure skater. He is the 2010 Four Continents champion. In 2016, the athlete won the US national championship after gaining silver medals in 2012 and 2015.

At the international level, Rippon is a silver medalist of NHK Trophy, Skate America, Finlandia, Golden Spin and a bronze medalist of US Classic, Trophee de France, Skate Canada. Moreover, he is the gold medalist of the Junior Worlds in 2008 and 2009 as well as the winner of Junior Grand Prix Final in 2008.

So, we hope that these Winter Olympics 2018 figure skating men posters will entertain you a little and will help to make the anticipation more enjoyable. All the athletes are great, but only one of them will be a winner. So, let’s wait for a great show!

Austin Butler Was Hospitalized After ‘Elvis’ Wrapped, Bedridden for a Week: ‘My Body Shut Down’
Will ‘Top Gun: Maverick’ Be Tom Cruise’s First 100 Million Opening Weekend?
How Fake Heiress Anna Delvey Made an Appearance To Debut Her Art Despite Being in Ice Custody
This Is Us Killed Off a Major Character in the Penultimate Episode
Erinn Hayes Joins Kevin Can F**k Himself After Controversial Kevin Can Wait Firing
Grimes Auctioning Off Her Met Gala Accessories to Support Bipoc Families in Ukraine
‘This Is Us’ Prepares To Sign Off With Emotional Farewells To Rebecca In Penultimate Episode
Christina Haack and Heather Rae Young Reunite for Family Pic After Soccer Game Drama
Kang Soo-yeon, Veteran Korean Actor, Dies at 55
New Doctor Who Revealed: ‘Sex Education’ Star Ncuti Gatwa Confirmed By BBC
Meg Ryan to Direct and Star in Rom-Com ‘What Happens Later’ With David Duchovny for Bleecker Street
David Birney, Actor in ‘St. Elsewhere’ and ‘Bridget Loves Bernie,’ Dies at 83
Met Gala 2022: Everything to Know About Fashion’s Biggest Night
Is Andrew Garfield’s Character in Under the Banner of Heaven a Real Person? He Says…
‘The Flash’ Teases Michael Keaton’s Return as Batman: ‘You Wanna Get Nuts?’
Chris Rock’s Mother, Rose, Questions The Academy’s 10-Year Ban On Will Smith: ‘You Don’t Even Go Every Year’
Cristiano Ronaldo Returns to Soccer for First Game After Baby Boy’s Death
Jacques Perrin, French Actor and ‘Cinema Paradiso’ Star, Dies at 80
Cristiano Ronaldo Shares First Photo of Newborn Daughter After Son’s Death
Gilbert Gottfried, Comedian and ‘Aladdin’ Star, Dies at 67
Elle Fanning Admits She Was the “Worst” to Big Sister Dakota Fanning When They Were Kids
Harrison Ford Enters the World of TV in Jason Segel Series Shrinking
Hailey Bieber’s Vogue Eyewear Collection Is Here
These Bridgerton Secrets & Easter Eggs Will Be the Object of All Your Desires
‘The Suicide Squad’ Breakout Daniela Melchior in Talks to Join ‘Fast and Furious 10’ (Exclusive)
Michael Bolton and a Cowboy Western Rap Artist Kick Off American Song Contest Premiere
See Every Star at the 2022 Critics Choice Awards Red Carpet
13 Amazon Beauty Products Reviewers In Their 20s Swear By
Tom Brady to Produce and Appear in ‘80 for Brady’ From Paramount Pictures, Endeavor Content
These NBA All Stars Shoot Through Hoops to Have the Best Fashion Off the Basketball Court
Anthropologie Presidents’ Day Sale: Score Up to 30% Off In-Stock Furniture, Home Décor & More
Fans Are Convinced Kanye “Ye” West Just Dissed Pete Davidson in New Song
Kylie Jenner and Travis Scott’s Baby Boy’s Name Revealed
Larsa Pippen Gets Real About the “Demise” of Her Friendship With Kim Kardashian & Kanye West
Shaun White “Can’t Wait” to Start New Chapter With Nina Dobrev After Final Olympics
Javier Bardem Calls His & Her Oscar Noms With Penélope Cruz ‘Extraordinary’
Kenneth Branagh Becomes First Person Nominated in Seven Oscar Categories
‘Janet Jackson’ Is Lifetime’s Most-Watched Doc Since ‘Surviving R. Kelly’
Netflix to Premiere Ali Wong’s Lastest Comedy Special on Valentine’s Day (TV News Roundup)
Disney Responds to Peter Dinklage’s ‘Snow White’ Outrage: We’re ‘Consulting With Dwarfism Community’